The Levanthal Map and Education Center at the Boston Public Library sat down with Ph.D. Geography student, Scott Markley, earlier this year to discuss their ongoing dissertation work on creating a user-friendly geospatial dataset from Homeowners Loan Corporation (HOLC) maps, more commonly known as "redlining" maps. HOLC was a federal agency established in 1933 to provide mortgage assistance to homeowners or would-be homeowners through loans or refinancing mortgages. To determine where to make loans, HOLC evaluated urban areas based on multiple factors. The term “redlining” comes from the fact that the agency marked areas that were risky for investment using red ink. These red areas were very often the places where nonwhite people lived, though HOLC field agents also recorded many other factors in area description sheets, including building age, household income, and immigrant population.

While researchers at Mapping Inequality have made HOLC neighborhood grade data publicly available, the field notes used to assign risk grades remain virtually unusable for statistical analysis. Markley, however, converted eight of the most consequential variables from 129 cities across the U.S. into an accessible and analyzable tabular format so that researchers and students in the classroom can better learn from the HOLC data. The variables include the Black population percentage, “foreign-born” population percentage and group, family income, occupation class, average building age, home repair status, and mortgage availability.

Markley noted that, as a geographer, his interests are about integrating GIS and spatial analysis with critiques of racial capitalism. What brought him to maps was teaching about the legacies of racism, how they shape geographies of segregation, and what that means for how we think about racial wealth inequality. 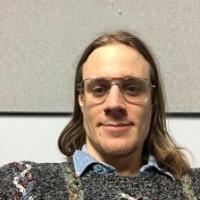